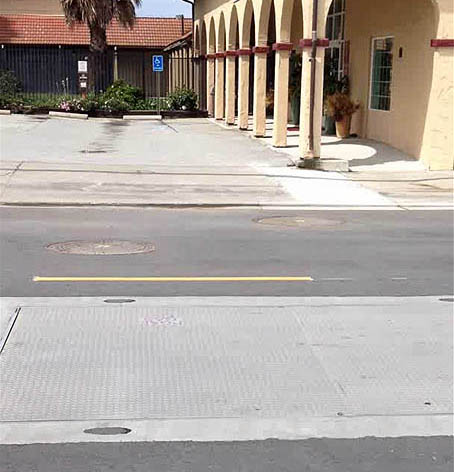 Hatches must protect the public from underground utilities, secure utilities from unauthorized entrance, and provide safe and easy access for maintenance. Innovative hatch solutions from EJ can meet these general requirements and, as you'll read below, offer tailored solutions to unique applications in the field.

As the hatch had been placed in a busy street—100 feet from a stop sign and near a Pittsburgh Paint plant—the hatch faced a parade of big trucks.

Because of the size of the top roof deck—the hatch would need to be 6 feet by 12 feet—EJ reached across the Atlantic Ocean to provide a modular iron-hatch solution from its Picardie, France operations.

Fabricated in Europe, where large iron hatches are used more commonly than in the United States, the ERMATIC® hatch was precast into concrete off site and then installed in a short period.

Although EJ emphasizes that its products for American infrastructure systems are made in the United States—it only imports an item to fit a customer's needs—the Picardie team has innovated to meet Europe's appetite for large iron hatches.

"The ERMATIC's advantage is that it fits larger openings," explained David Savant, an EJ District Manager responsible for much of California. "In Europe, they can use this design for miles with support beams and deck panel liners. They can even lift the beams out to create a clear opening."

"The ERMATIC lift assist panels can basically be lifted with two fingers, rather than having to lift off the entire hatch pieces," Savant emphasized. "To inspect the gas vault, Pacific Gas & Electric only needs to take the bolts off and place a ladder down into the vault. The hatch panels securely stay in place. When you are done, you only need to retighten the bolts."

"We don't really recommend aluminum hatches for direct traffic," Savant shared. "It was a misapplication of aluminum, perhaps because the fabricator didn't realize the amount of traffic on that street. The bolts were actually backing off the hinges." 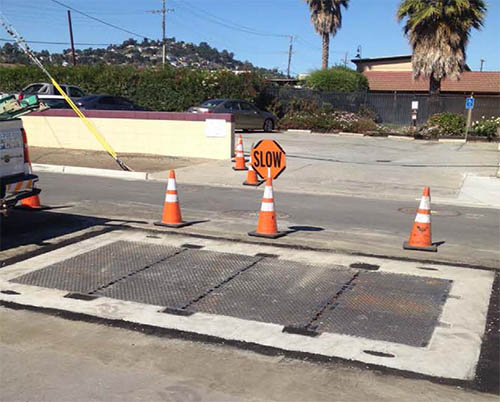 "When you get into larger, clear openings, it doesn’t make sense to make aluminum hatches," Savant emphasized. "Even though our competitors say the aluminum hatches can handle cars up to 35 mph, we don't like to say that."

"Iron, however, serves quietly in roadways," Savant explained. "The ERMATIC offers a silent system due to the precise machined surfaces that fit tightly together. There is virtually no movement under traffic conditions. The ERMATIC is also water resistant."

Talk to an expert at EJ to find out how the innovative features of ERMATIC can work for your next project.