Managing stormwater is a major priority for the City, but reducing worker injuries and keeping the sanitary sewer system secure is also important. When the Texas Commission on Environmental Quality (TCEQ) mandated a 30-inch minimum clear opening, the City of Pearland turned to EJ. The result was the ERGO® XL line of heavy-duty, hinged access assemblies - an ergonomically designed line that more than met the City’s expectations.

In 2007 the TCEQ mandated that all accessible sanitary sewers in Texas must have a 30-inch minimum clear opening. This larger clear space would accommodate workers wearing oxygen tank backpacks. It would also allow rescue teams to place backboards inside accessible manholes to rescue injured workers.

The City had been using standard, detached-cover manhole assemblies. Removing a 30-inch manhole cover, weighing up to several hundred pounds, was difficult enough. City workers often experienced back injuries when attempting to remove and reposition the covers.

“With manhole cover lids now measuring 32-inches and weighing over 200lbs, the City of Pearland wanted to make its manholes easier and safer to access,” said Andy Phillips, branch manager of the Houston office for EJ.

The City of Pearland had to rethink its strategy.

CREATING A SOLUTION. SOLVING A MULTITUDE OF PROBLEMS. 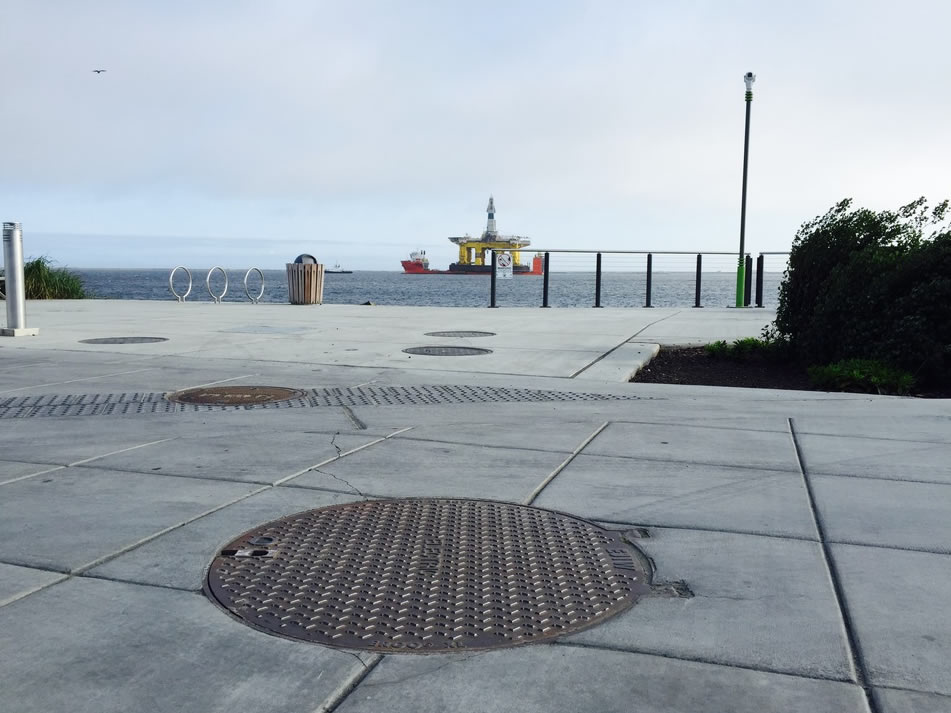 The most obvious solution would be to use a hinged manhole cover so the cover would stay attached during access. The City located several options, but decided against them both for two reasons: One, they didn’t have a spring lift, and two they weren’t manufactured in the USA. Buying American is a priority for the City.

The City of Pearland had worked with EJ for years, so the city asked EJ to develop a hinged manhole cover with a 30-inch minimum clear opening for them. Within nine months, EJ developed the ERGO XL line, a robust, hinged manhole assembly made from ductile iron.

The ERGO XL Access Assembly is an ergonomically designed hinged manhole cover with ample features. Its optional spring lift assist reduces the amount of force needed to lift the cover to less than 50 pounds. That makes for a safer work environment and fewer back injuries.

The ERGO XL is also a lockable, hinged manhole cover. An optional cam lock secures the frame and cover assemblies.

“It has to be locked before you can remove the key,” Phillips said. “This prevents workers from inadvertently leaving the manhole unlocked and unattended. That’s a good feature to have.” 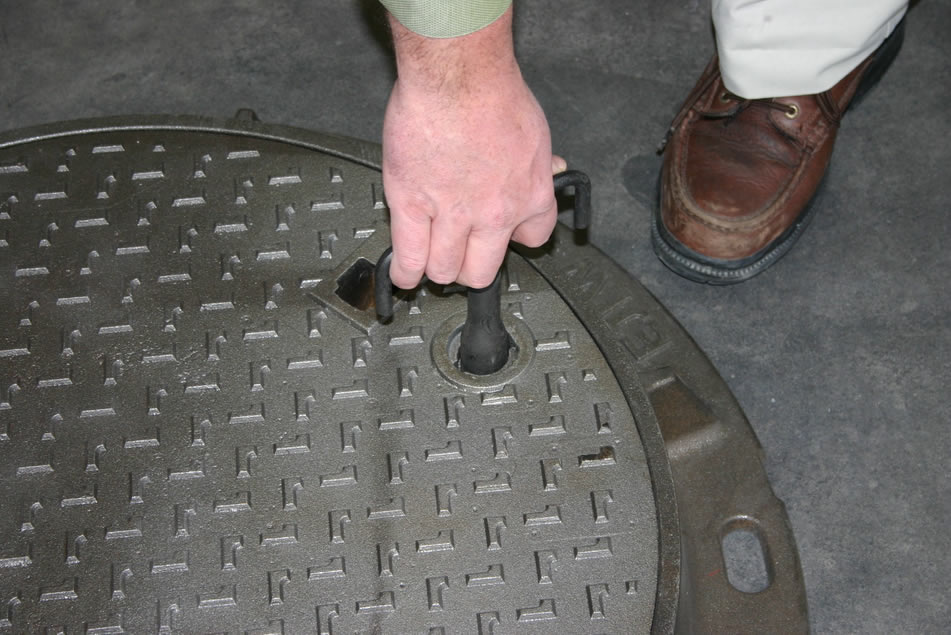 In 2009, the City of Pearland placed its first order for 30-inch ERGO XL manhole assemblies. Since then, they have installed hundreds of ERGO XL hinged ductile iron manhole covers throughout the City.

“Having the spring assist has been a tremendous asset to the City with lowering work-related injuries,” said John Hines, W & S Maintenance & Construction for the Department of Public Works, City of Pearland. “EJ exemplifies ideas that make your work easier!”

The cam lock provides improved security and is only removable when the cover is in the locked position.

“Pearland continues to buy from EJ due to the quality and simplicity of their products - not only manhole lids, but fire hydrants, meter boxes, storm grates and valves,” Hines said. “You can tell that this company has a great understanding of its customers’ expectations and the products they need.”

Talk to an expert at EJ to find out how the innovative features of the ERGO XL hinged ductile iron manhole assembly can help reduce your worker injury rates and keep your manhole covers secure. Contact us today or schedule a Lunch and Learn.